HISTORY
June 2010 – John, a member and Elder of his church, served as an adult leader on a youth missions trip to West Africa. The group spent ten days working with local missionaries in the region. With thirty years experience in the broadcasting industry, John prayed before the trip, asking God to reveal how his experiences, connections and resources could be used to spread the Gospel and reach those who have never heard. John’s trip to West Africa included a stop at a Christian radio station. After meeting and spending time with this radio station’s staff, the Lord revealed to John the potential for Christian radio reaching hundreds of untouched villages for Christ. Returning home, John spent much time in prayer and meetings with trusted counselors, seeking God’s direction for the next step. In obedience to God’s leading, “God’s Mighty Voice” was formed; a non-denominational, non-profit, 501-c3 ministry.

MISSION
To reach men, women and children in remote villages, towns and cities throughout the world with the love and hope of Jesus Christ through radio. 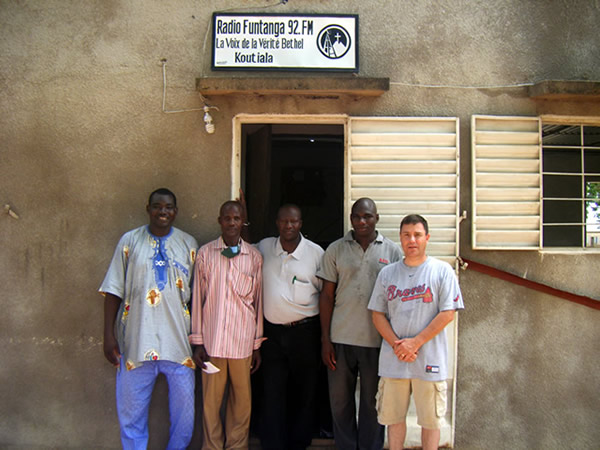